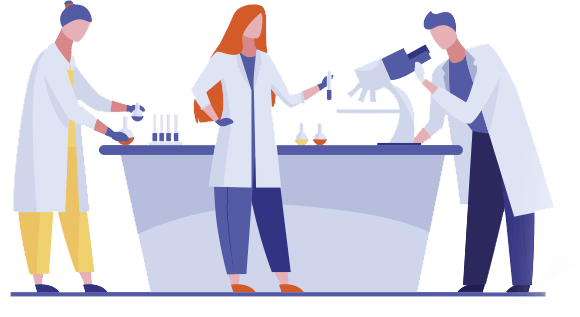 Postprandial refers to after a meal. This test is performed to determine how your body reacts to sugar and starch after eating a meal.

In this post, we will look at the post prandial blood sugar test preparation, understanding the test results, PPBS Test price, etc.

How to Prepare for the Post Prandial Blood Sugar Test?

The person undergoing the test should fast for 12 hours before the test and eat a meal containing at least 75 gms of carbs. The patient should not eat anything after the meal before the test. During the waiting period, rest for two hours and avoid working or straining yourself because exercise can sometimes raise blood sugar levels.

The healthcare expert takes a blood sample from the patient’s arm. To clean the area where the blood will be removed, a dab of rubbing alcohol is applied. Following that, a small needle with a syringe is inserted to collect blood. Once enough blood has been drawn for analysis, the needle is withdrawn. The wound is then covered with a gauze pad.

When is a Post Prandial Blood Sugar Test Performed?

If you have severe increased thirst, frequent urination, unexplained weight loss, increased hunger, or tingling in your hands or feet, your doctor may recommend a diabetes test.

The Glucose Postprandial Blood (PPBG) Test analyses glucose levels in the blood two hours after the last meal. The PPBG test is frequently combined with a Fasting Blood Glucose test.

Glucose is a simple sugar or monosaccharide that serves as the primary source of energy for all cells in the body and the only source of energy for the nervous system. Carbohydrates in food are broken down to their most basic form, glucose, which is absorbed by the intestines and delivered to various organs via the blood.

It is then used by cells in these organs to produce energy wherever it is needed, and any surplus is stored as glycogen in the liver for short-term storage or as triglycerides in fat tissues for long-term storage. The pancreas secretes the hormone insulin, which aids in the uptake, use, and storage of glucose after it is absorbed in the intestines. Insulin regulates the delivery of glucose to organs that require it, such as the heart, brain, functioning muscles, and so on. It also controls the storage of excess glucose. The action of insulin lowers blood sugar levels.

Sugar levels in the blood rise after each meal, and insulin is released as a response to bring them back to normal. When glucose levels in the blood fall too low, another pancreatic hormone called glucagon is released. Glucagon tells the liver to convert glycogen stored in the liver into glucose and release it into circulation. The insulin and glucagon hormones work together to generate a feedback mechanism that keeps blood glucose levels within acceptable limits. An imbalance in their activity can result in high or low blood sugar levels.

This helps to determine if the body can efficiently use or store glucose. Excess sugar in the blood shows that it is not being used or stored properly. Diabetes, of which there are two types: type 1 and type 2, is mostly to blame. Type 1 diabetes occurs when insulin is not generated or is produced in very little amounts. Type 2 diabetes develops when insulin produced by the body is not used properly by the body (insulin resistance), as well as when insulin production is reduced. Blood sugar levels rise in both of these circumstances, while cells are deprived of nutrients.

Keep the following considerations in mind:

There is usually no such risk associated with the Test.

Spice Health is a perfect ally in your journey to wellness. At Spice Health, we believe that quality healthcare is a human right. With a team of 200+ experts, 14+ labs, and lacs of happy patrons, Spice Health is growing exponentially and strives to provide accessible and affordable quality health care to one and all. We use the latest-in-technology that ensures accurate and error-free results in less time. Spice Health provides walk-in centers, mobile testing, and home-collection services with economical pricing and advanced care. Accurate- Affordable- Fast are the words we live by. Get the most economical PPBS Test online today.

If your postprandial blood sugar level is higher than the normal range, this could be an indication of diabetes. Typically, the test findings are determined by your age, gender, health history, and the procedures utilized to do the test.

Low blood sugar levels can be caused by pituitary gland disorders such as hypopituitarism, eating too little, using too much insulin or diabetic medications, having liver or kidney disease, having an underactive adrenal gland or thyroid gland, engaging in vigorous exercise, losing weight after surgery, having a pancreas tumor, and so on.

Instructions To Book an Appointment

The details about this test mentioned on our website are for reference purpose only. It is recommended to contact a doctor for interpreting and understanding the test reports. Instead of searching 'PPBS Test near me' on the web, all you need to do is, visit our website www.spicehealth.com and book a PPBS Test online. Just enter your mobile number or mail, generate an OTP, add your details, and schedule your appointment. No documents are needed at the time of booking; a few basic details are all we want. Also, we offer contactless doorstep collection services as well.